Today we present you the interview taken with Anna Perela, a good 3d Artist who is now working at Cityscape Digital in London.

Denise (SOA): Hello Anna, please introduce yourself to our readers.

Denise (SOA): How did you start your journey in ArchViz?

Anna: I realized the power of the single Image in my early teens, when -drawn to the art of photography- I experimented with various techniques and formats. My fascination with this field grew only stronger during my studies an architect in the National Technical University of Athens. The constant agony to convey and present my ideas, led me to arch-viz, either through abstract illustrations, 2d drawings or renderings. Realizing that for me this process is more than a tool, but a passion and an art form, I enrolled to the State of Art Academy in 2013. 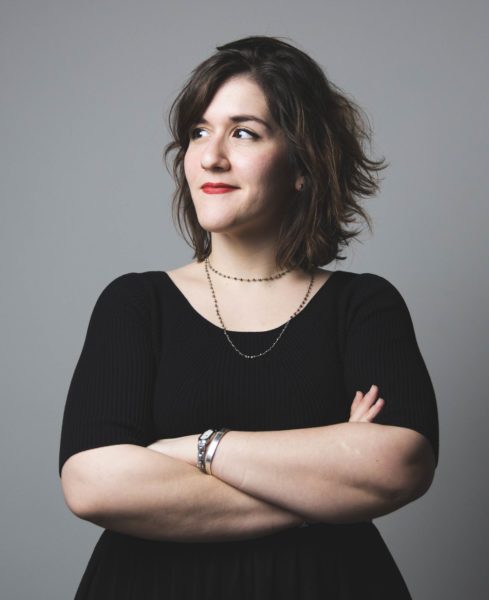 Denise (SOA): After taking the one-month Masterclass#06, do you feel that a training with us helped you getting ahead?

Anna: Studying in SOA gave me knowledge, insight and a fool proof workflow. It definitely gave me the confidence to put myself out there as an Artist – your reputation was a proof for my abilities.

Denise (SOA): Why did you decide to become an ArchViz Artist in the first place?

Anna: Back in Greece, working in Architectural practices meant that you should be proficient in everything. Knowing the software and how to produce good, accurate images gave me an edge. For the first 7 years of my career I was doing both Architecture and Visualization, as the role was not separated, evolving myself constantly on both sides of the job. In September 2015, due to the continued crisis in Greece, I chose to come to London for a fresh start and an opportunity to be part of a bigger, more impactful team. Then, Visualization was the path I chose – it’s something I enjoy tremendously and it felt the industry here gives great opportunities.

Denise (SOA): You moved from Greece to the UK, which difficulties did you face in your career?

Anna: Looking for a job abroad while still located in Greece, can be a challenge. It’s hard to get people to trust you and believe in your skills when they have not even met you in person. Being on the other side now, I understand any reservations they could have had. It took me plenty of applications until I found a studio that took essentially a leap of faith in hiring me – coming to London with a contract was definitely a game changer. Starting from scratch in a new country was scary but extremely liberating at the same time.

Denise (SOA): It takes a little courage to leave you own country and start over somewhere else but in the end, did you get any big achievement you’re particularly proud of?

Anna: After many years leading high profile projects for Museums, competitions and masterplans, I became Head of Planning Visualisation at Cityscape. I’m now leading a team of artists and technicians, and we are covering all of the typologies of images that could accompany a planning application in the UK. Working with the biggest architectural practices and developers we contribute in shaping the city around us – and that is no small feat.

Denise (SOA): What do you think about women in our industry? Do they get enough support as Artists?

Anna: I was lucky enough to have worked in studios that are operating on a non bias policy. Leadership was encouraged and women were supported in every way. I know that this isn’t necessarily the norm, but plenty of steps are being made towards the right direction. The industry is definitely changing, and I’m really intrigued to see what the future holds.

Thanks Anna for this interview. All the best with your career!

All credits for the images in this article are shown by looking at the single images.