In this Work of the Week, Juan Sebastian Cobo, former student in the Masterclass#42, presents “The seed”, a sign of hope in a world destroyed by human exploitation of nature.

This personal project was developed with the idea of showing a dystopian environment that represents the impacts in the ecosystems caused by the abuse of human society. Arid places with lack of oxygen, that are the vestige of the green that some time ago existed there, almost dead places.

It’s also a representation of the way that most of the third world cities are built, the reconstruction of a habitat through objects that were considered as trash, but now have a second opportunity to have a function thanks to the inventiveness of people who are looking to meet their basic needs.

A big reference to this project was the song “the seed” by Aurora, I think it sums up all the concept. A part of the song that says: “You cannot eat money” as a wakeup call to make us think about our priorities as society, having in mind the actual environmental situation. And the phrase “Through dirt and shadow I grow” that I wanted to represent with the little tree inside that weird glass container, symbol of vindication and hope. 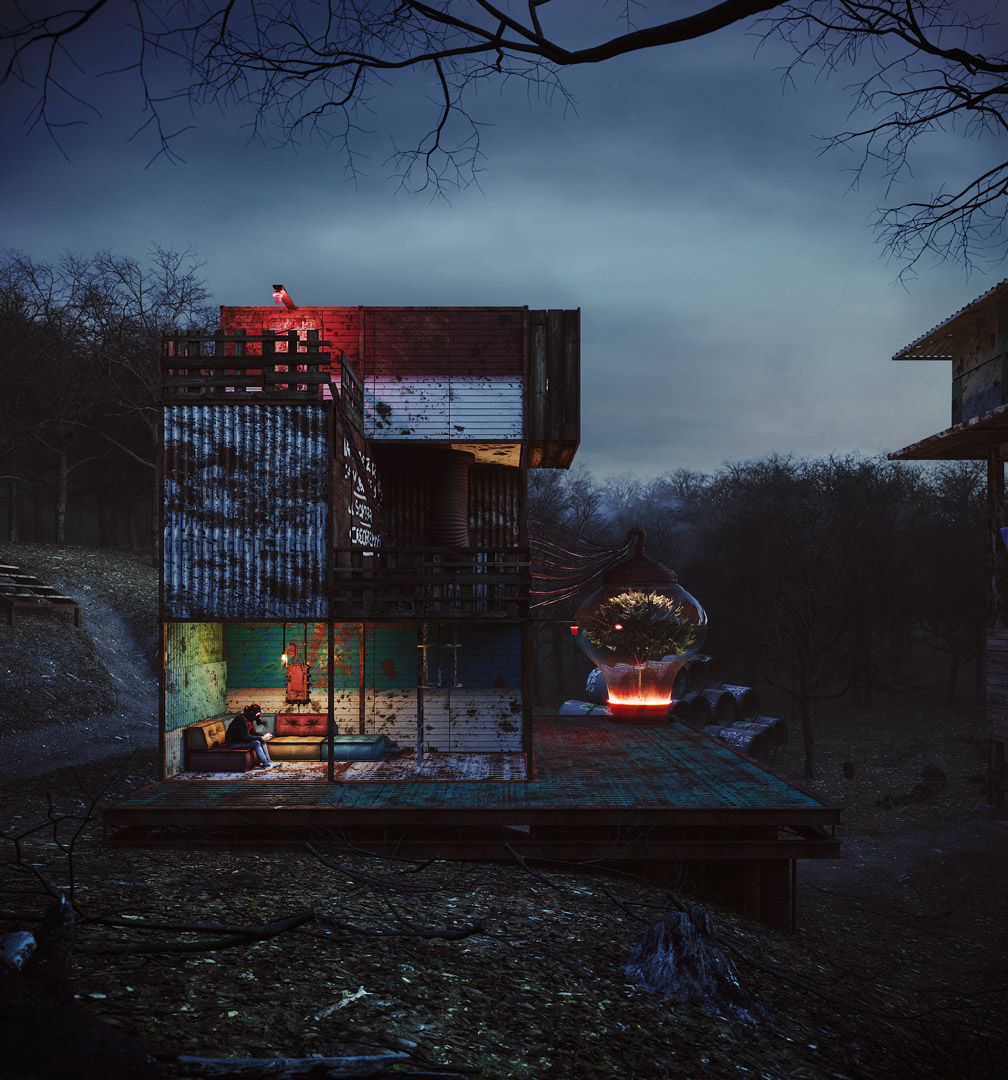 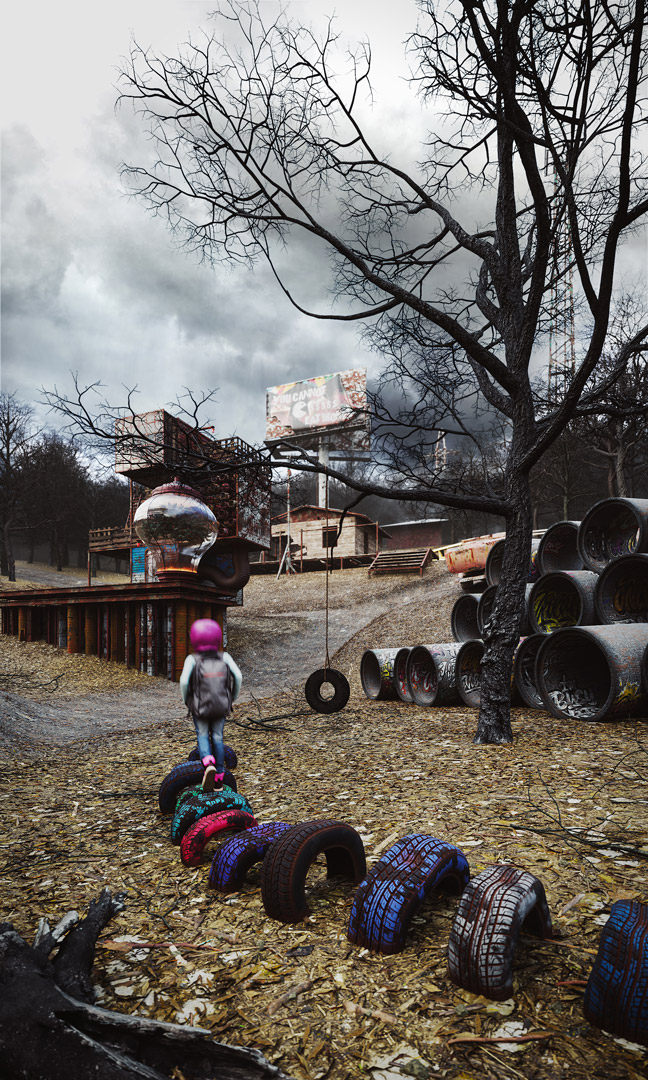 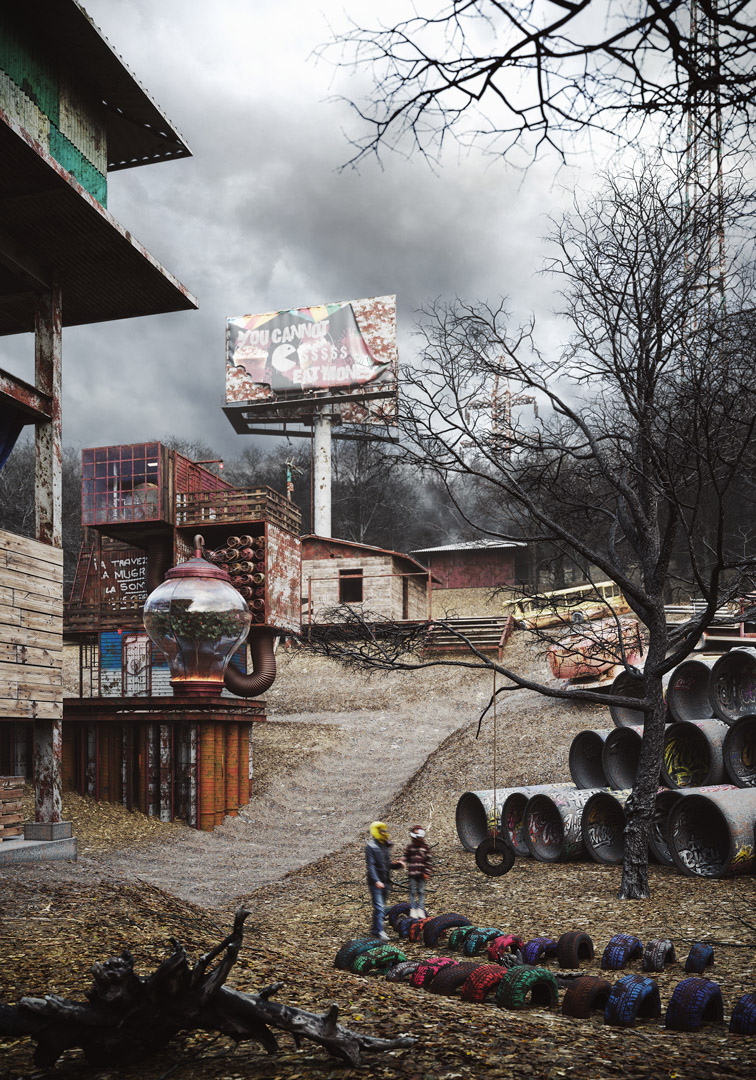