SOA Academy and Venice: a world to discover

Everybody knows it as the “Bella Italia”, the Country of culture, landscape, seaside and Dolomites. But what lies in the “Italian boot”? Nature, architecture, archaeology, art heritage, food and good wine.

From North to South there are thousands of places to discover and visit and dishes to taste. And this is exactly what our students do after attending the courses at Academy. The result is some more kilos to take home with them.

In the evening after class, the guys and gals needs to unwind because of the huge amount of information absorbed. So a good solution may be to take some time and visit Venice which is only 40 minutes far from Venice by train or car. And Venice is always ready to welcome its tourists with a breath-taking panorama. Summer or winter, it doesn’t matter. What matters is to arrive there with an empty belly

and be ready to fill it by going to the “bacari” (typical Venetian bars). Schedule your tour or just go wherever you feel inspired and order a “ombra” (so is called a glass of wine) or a spritz and taste it with some “cicheto”, which stands for small snacks or side dishes. Be sure to try “sarde in saor” (sardines with onion), polenta and baccalà (cornmeal mush with salted codfish), “musetto” (Italian large pork sausage), “soppressa” (similar to salami), meatballs and the fried fish. 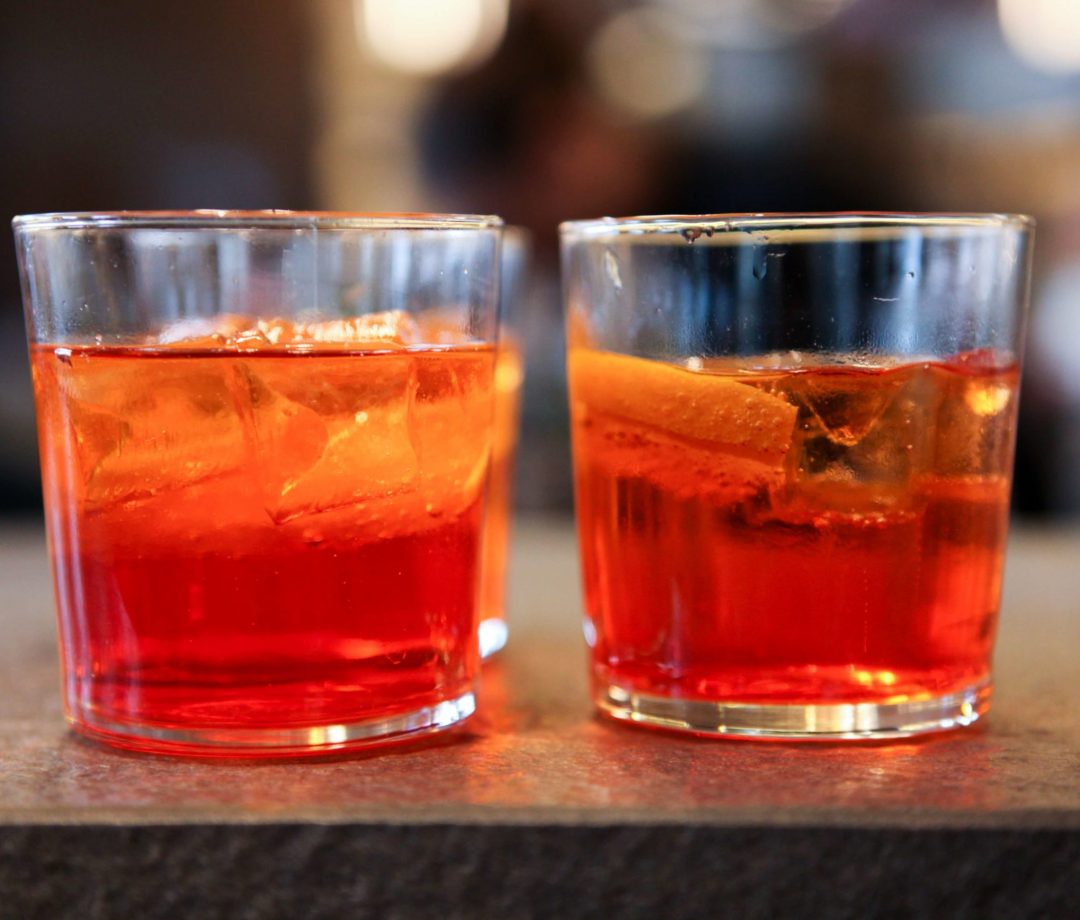 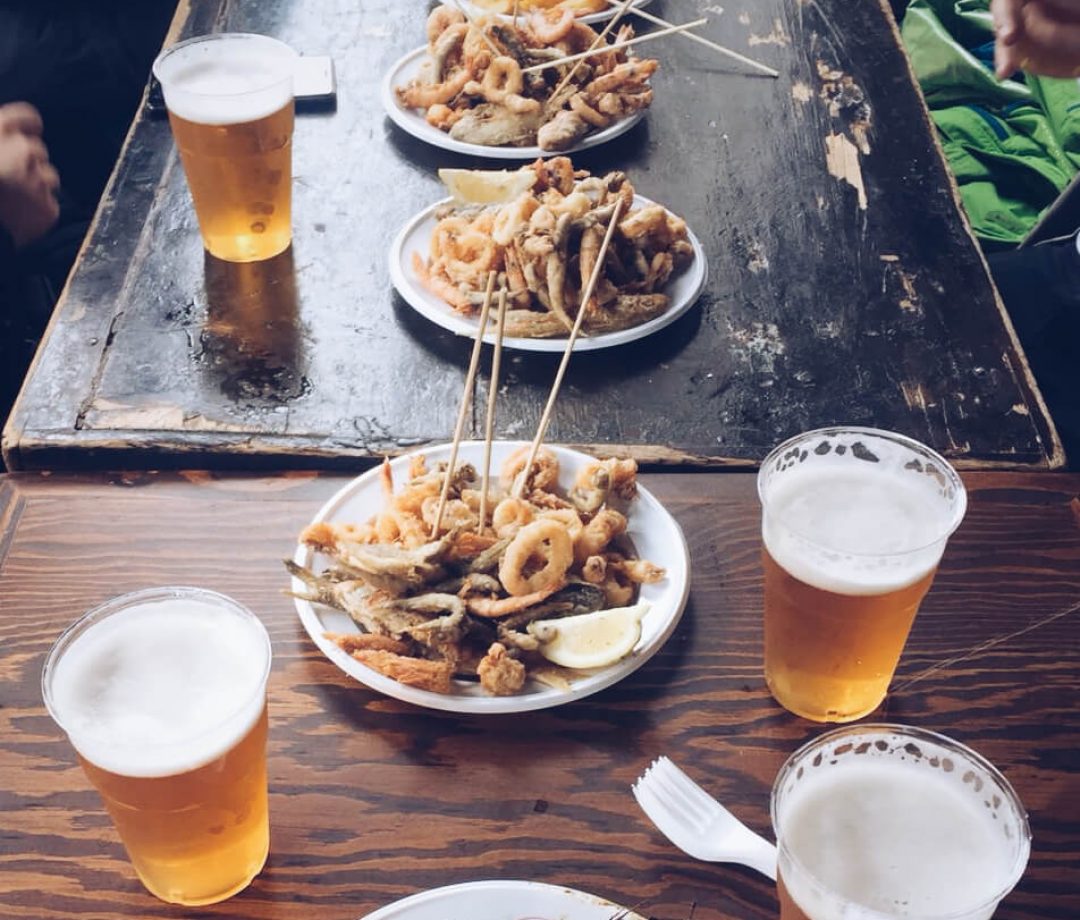 When you’re satisfied with the food, enjoy the city on water: first stop Saint Mark’s Square lit by the moonlight. 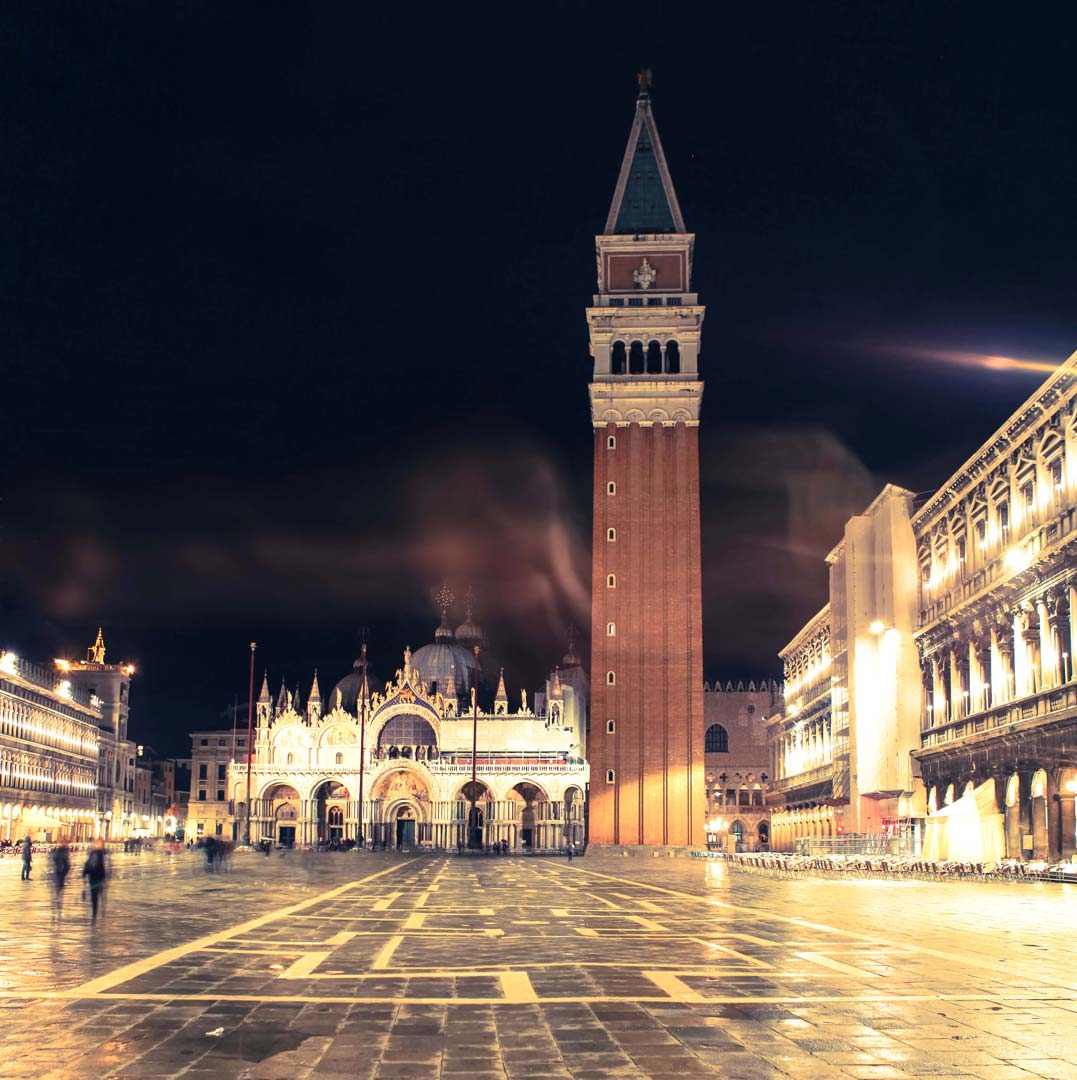 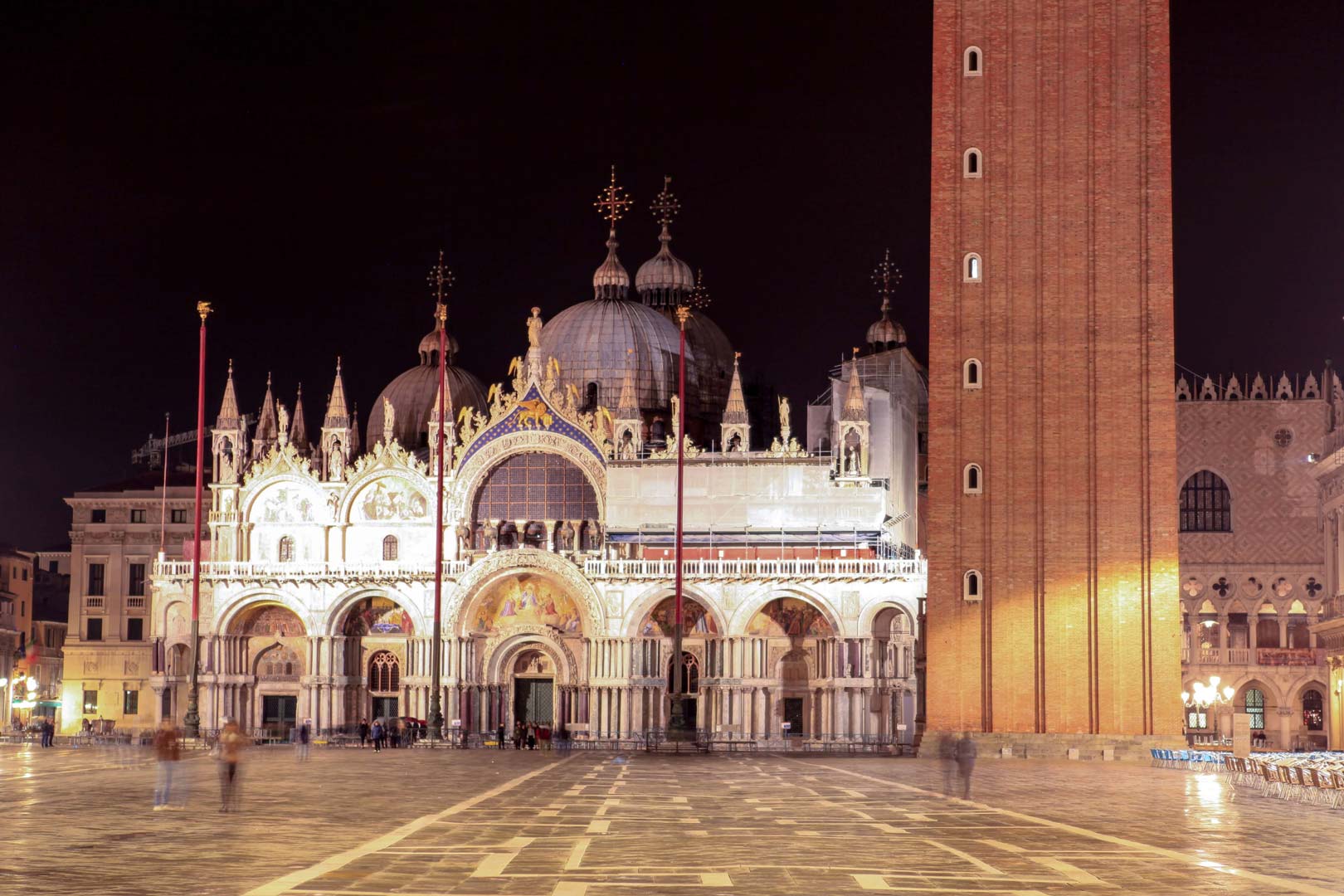 Then, if you have time and want to take it slow, go to Venice in the weekend. Plan your visit and remember to include some important must-sees:

Also remember to stop by Peggy Guggenheim’s museum, Palazzo Grassi and Punta della Dogana. While walking, also take a picture in front of Ponte dei Sospiri (Bridge of Sighs) that connects to the well-known prisons, from where Casanova escaped.

A special mention goes to Scala Contarini del Bovolo, a spiral staircase that leads to an impressive view on the city in direction to St. Mark’s Square. Then, we have the Fondaco dei Tedeschi (Ex post office), which has been recently restored in a luxury shopping centre  thanks to a project of the architect Rem Koolhaas from Oma Studio. From the Fondaco’s roof top you have a 360 degree view on the city. 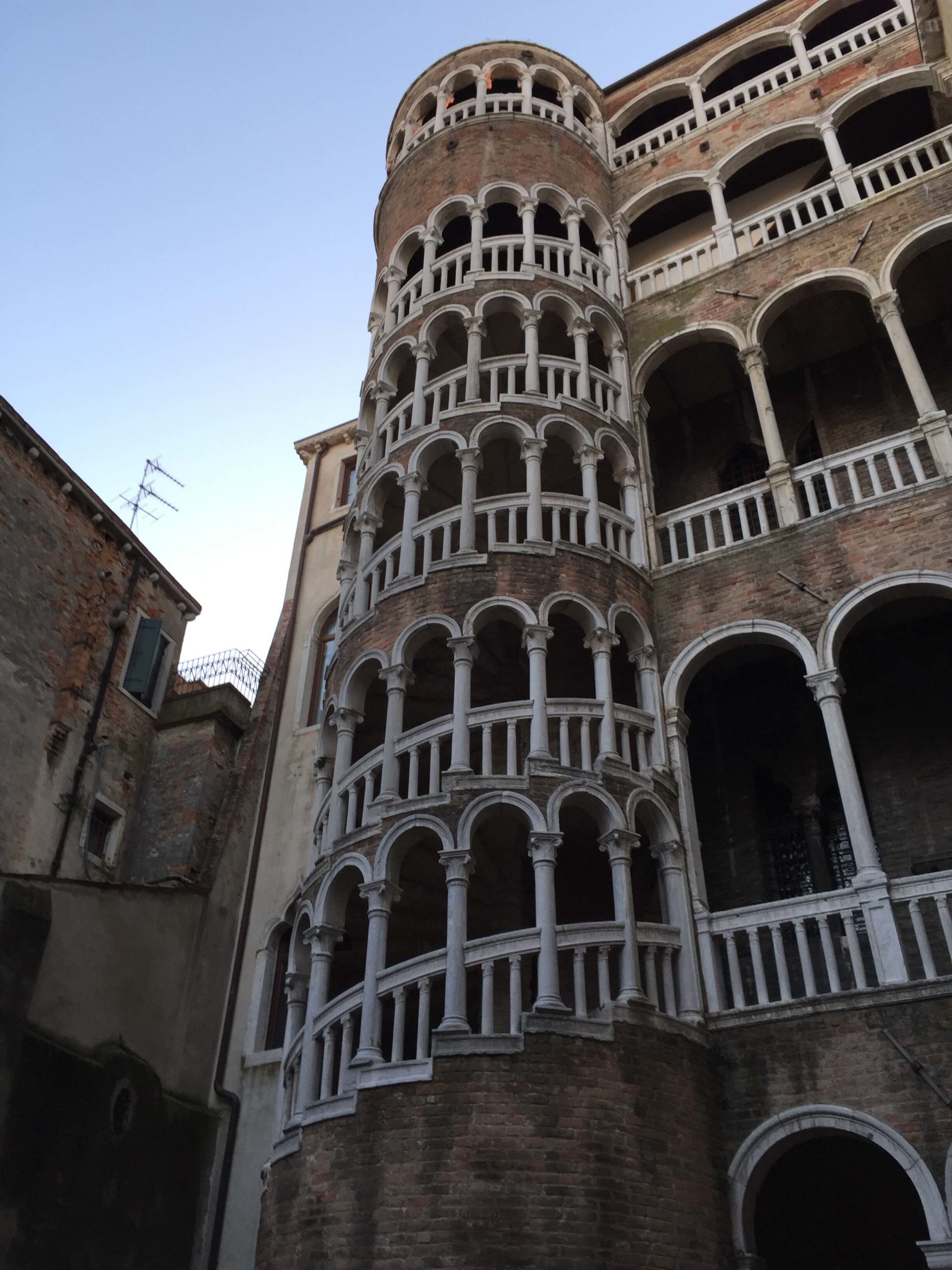 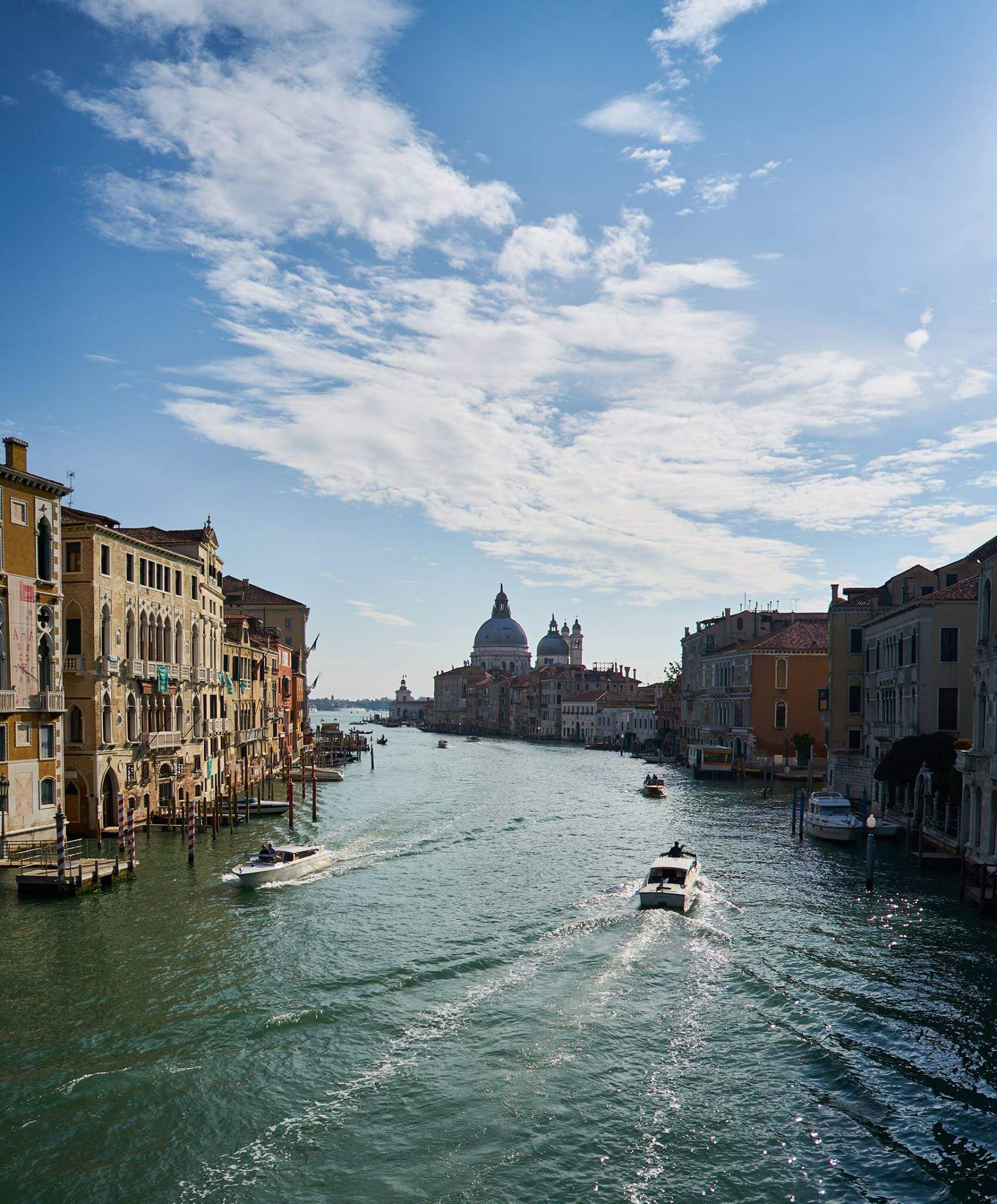 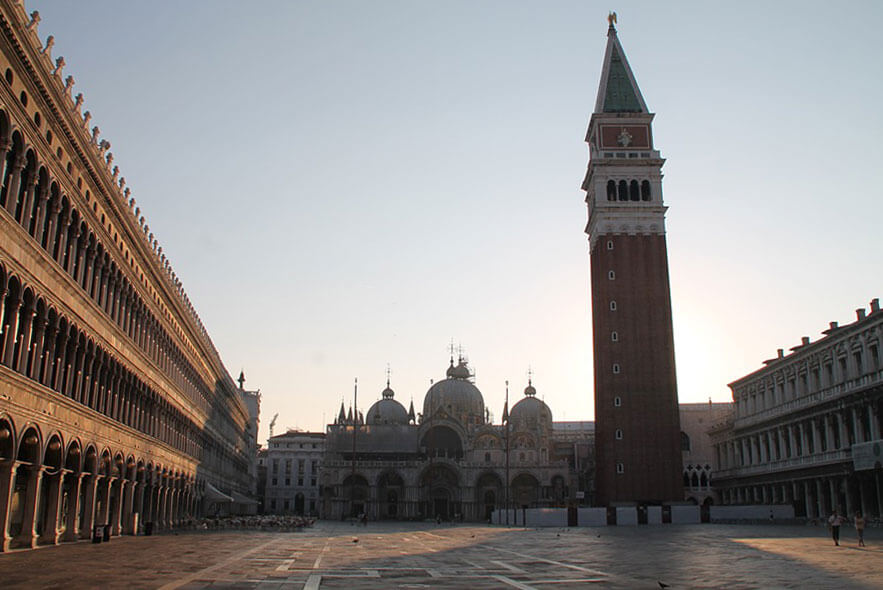 Finally, when going back to the station, walk through the majestic Rialto’s Bridge with its small shops. 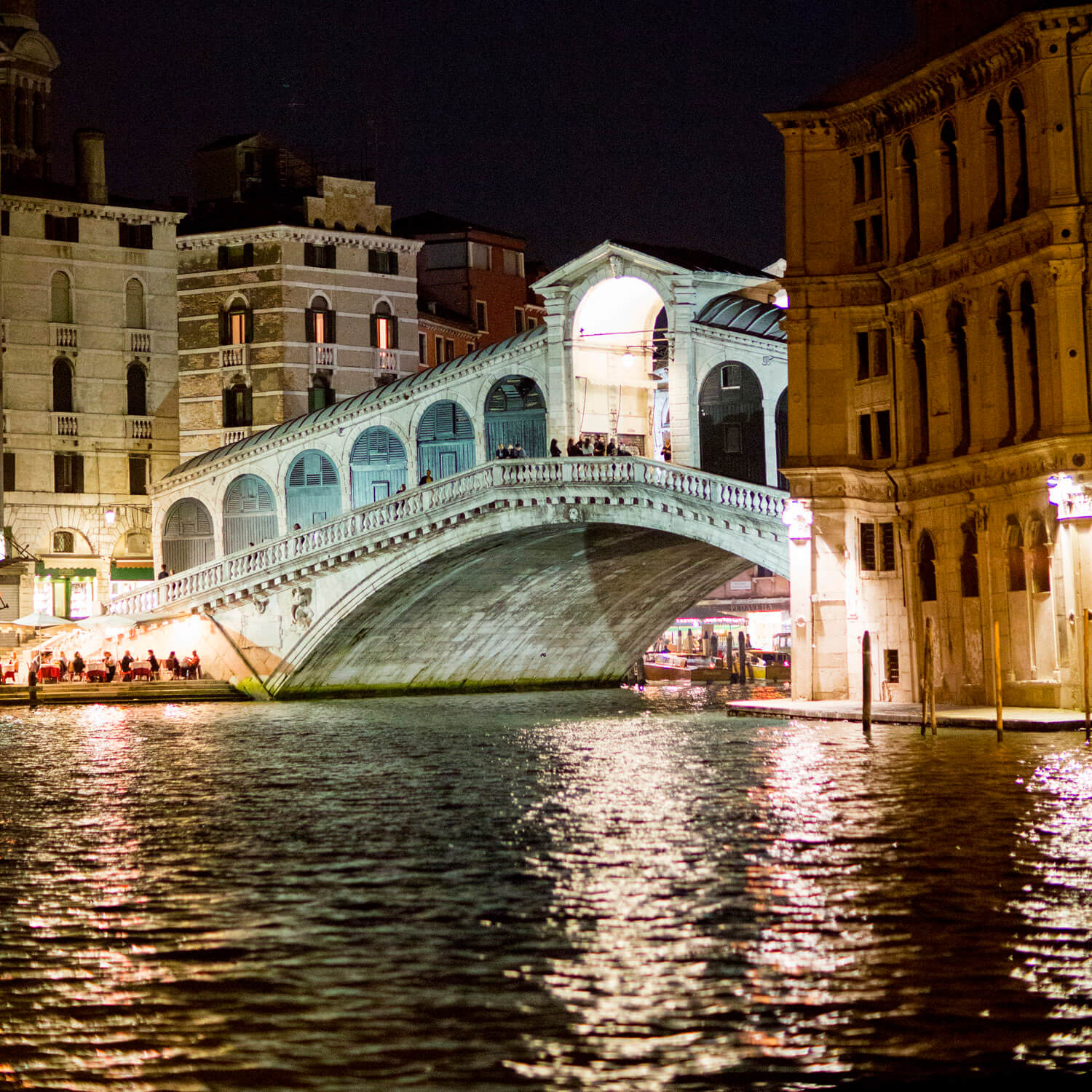 Probably a ride on the Gondolas is too much expensive so you can look at this handmade flat-bottomed rowing boat from the banks of the canals. But you may also take a ride on the vaporetto (Venetian waterbus) and sail on the Grand Canal and watch the Basilica della Salute or go through the Giudecca Canal. 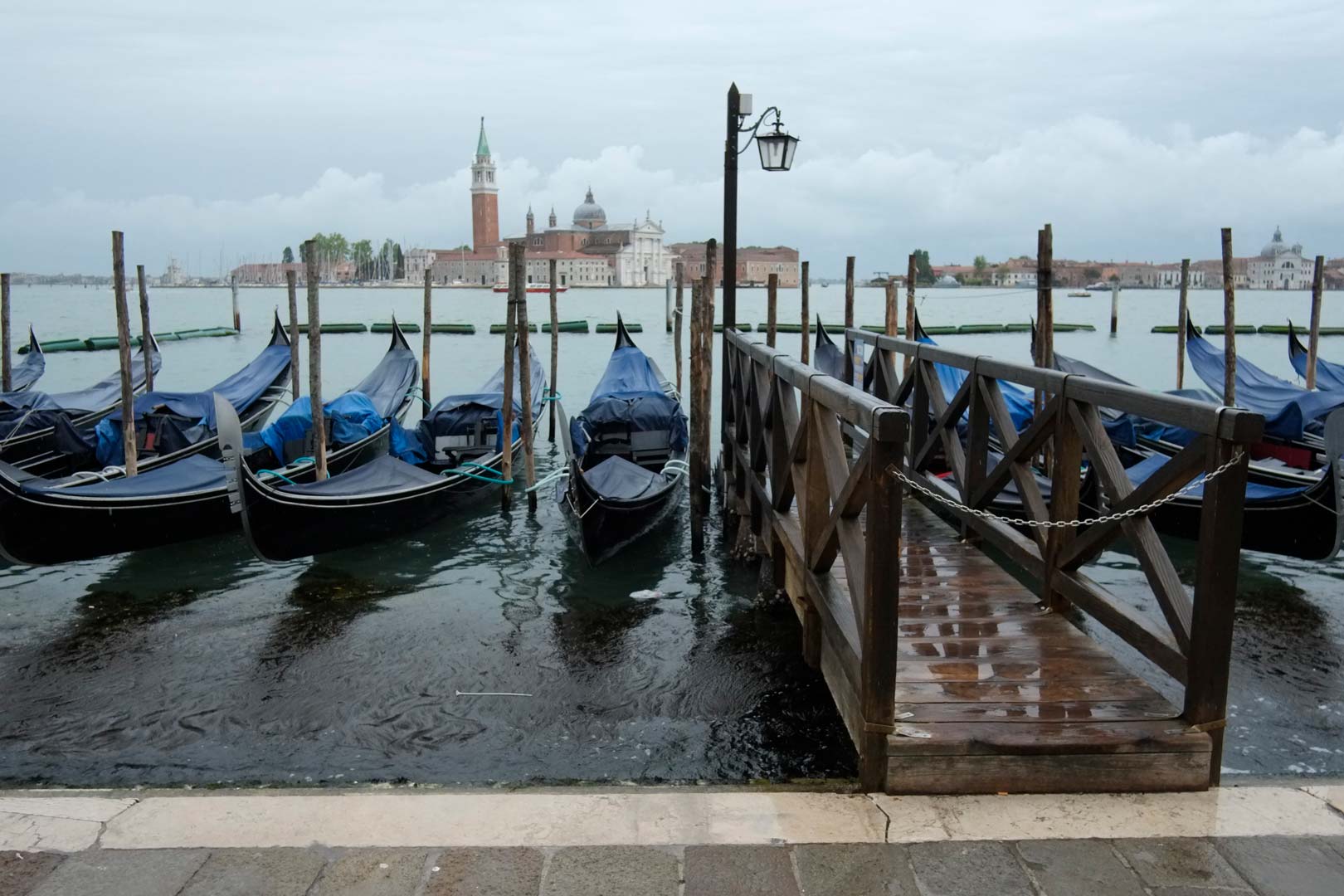 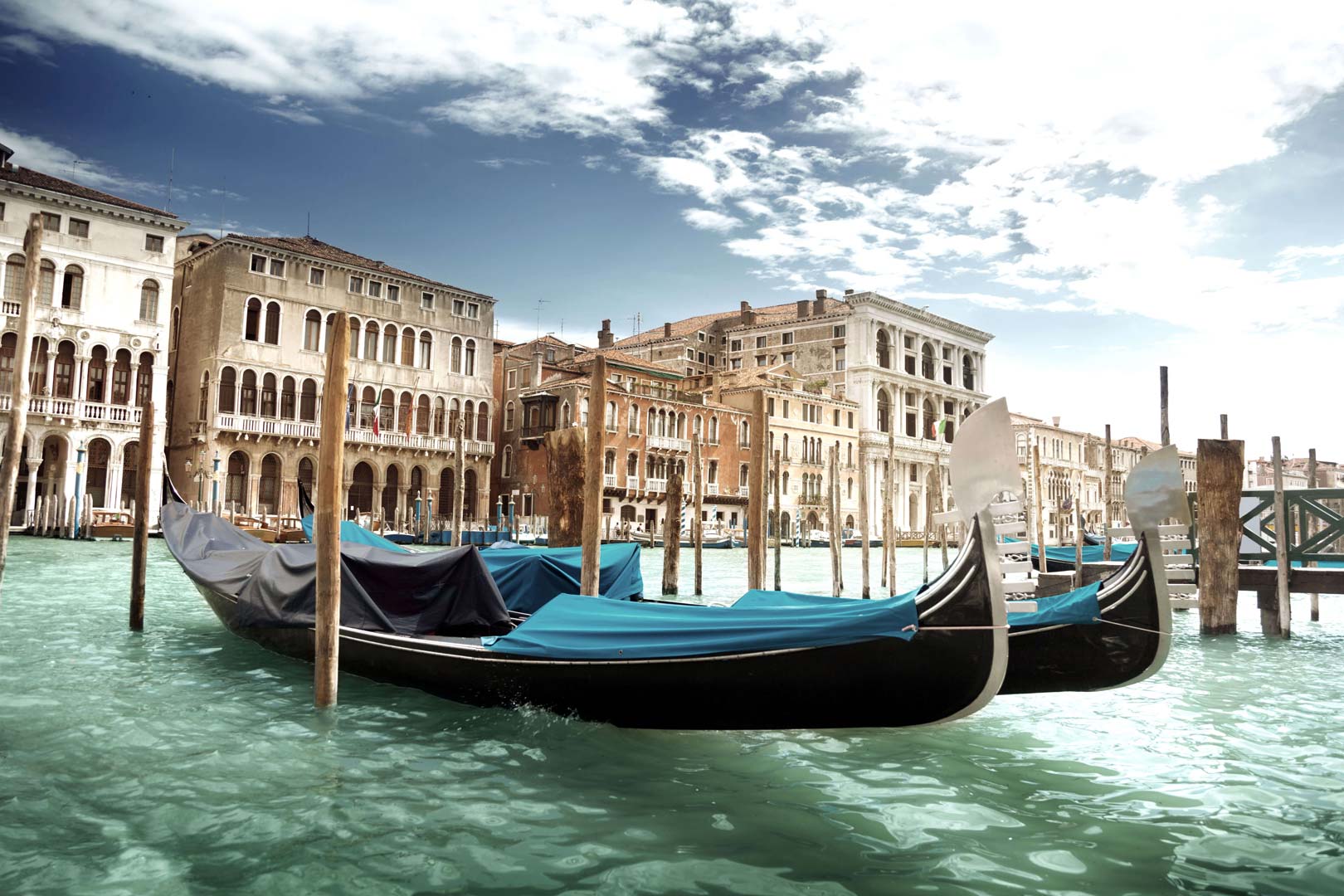 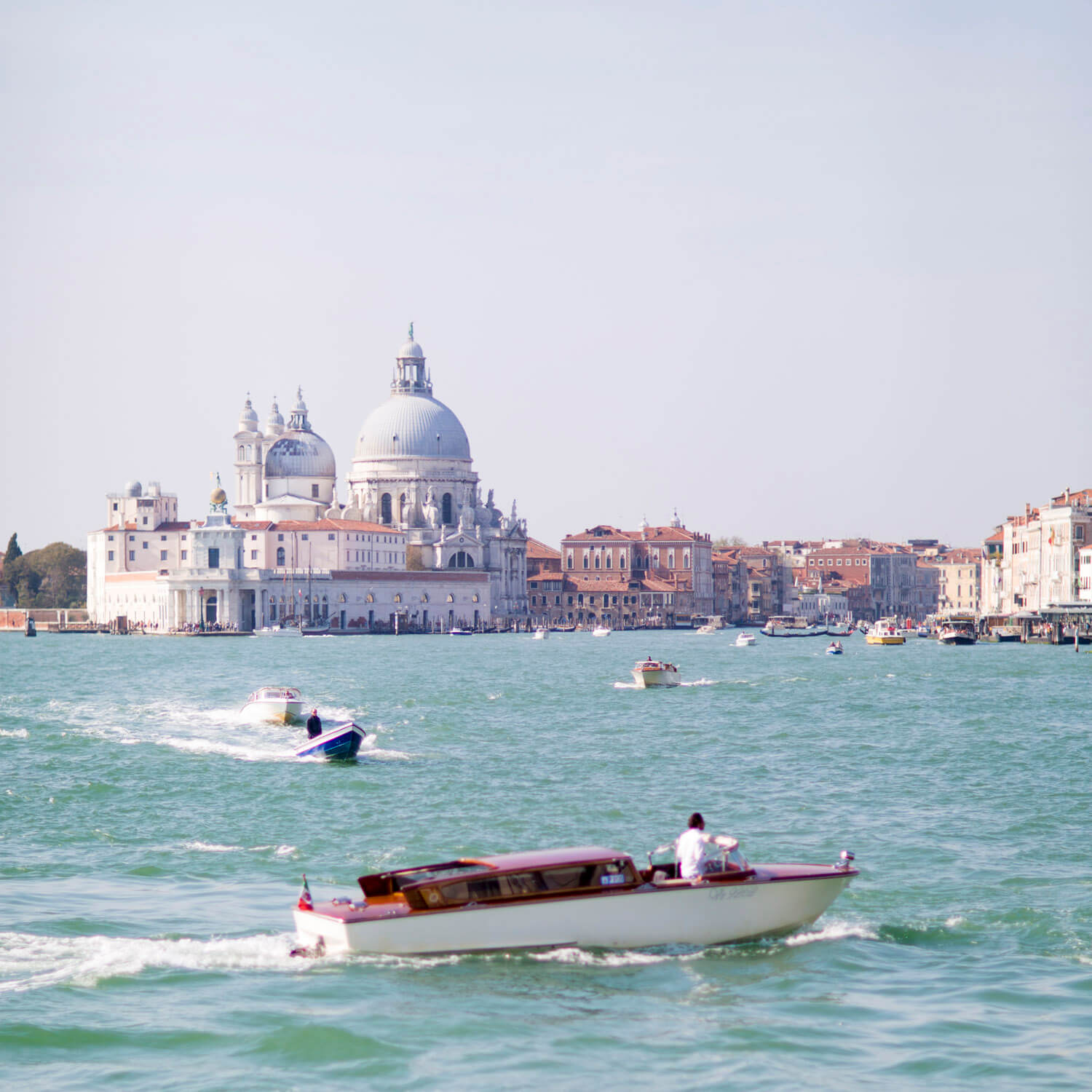 We also remind you that till November 25th, 2018, the Biennale of Architecture of Venice (Gardens and Arsenal) is open to the public: this is an essential must-see for anyone loving our world and willing to fully understand architecture.

In conclusion, SOA Academy is waiting for you with its ArchViz courses and so is Venice, ready to welcome you to give you an unforgettable and unique experience in the “Bel Paese” (the Beautiful Country as described by Dante).